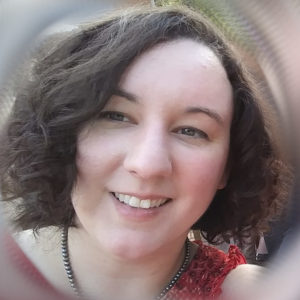 Mina Smith has been playing video games since she got her NES console and a Commodore 64 back in 1986. She adores everything from simulation titles to FPSs to MMORPGs. Given her love of both writing and games, it was inevitable that she would begin writing video game reviews and guides for a living.

She began her freelance video-game-writing career back in 2016 with a now defunct gaming website, and she has since been writing for Game Rant, LadiesGamers, and now for VGKami. She has written more than 1,000 articles and these have been viewed more than 5 million times.

When she's not playing video games, Mina loves to read and write fiction, play TTRPGs and CCGs, and hike all the local trails. She currently lives near Richmond, Virginia with her husband and her beloved cat Kaalia.