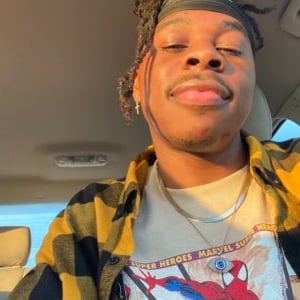 Marc Griffin is a jack of all trades, master of some. He’s a reader, writer, musician, beatsmith, rapper, poet, and your friendly neighborhood Spider-Man based in Buffalo, NY. A current Master’s student, Marc has managed to grab bylines in The Verge, Fandom, The Face, CBR, and many others.

Born In Louisiana and raised in New York, Marc grew up getting bullied for his appearance during his years at public school. His grandfather would introduce him to the world of comic books—specifically Spider-Man-and would find solace in the fictional worlds of fantasy. From there his love for comic book culture grew and he became immersed in the various superhero stories offered by Marvel, DC, and Image. Around the same time Marc fell in love with music, literature and video games and, little did he know, his life would change forever. Marc went on to major in English Literature Studies/English Education at Niagara University graduating in 2016 and beginning his Masters in Journalism at Buffalo State in 2020. Becoming a reporter/journalist and freelance writer Marc has found his passion in the written word and hopes to inspire with his words just as he was inspired by his idols.

With many interests, talents and hobbies, Marc can be found either playing video games, reading comic books, making music, or lost in his favorite Sci-Fi novel in his free time.