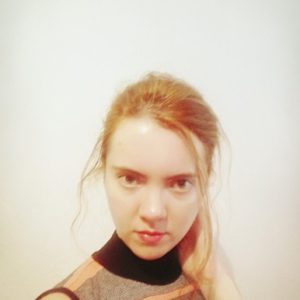 Kath became a professional writer in 2015. She wrote articles for various websites spanning different industries including culture, lifestyle, pets, and travel, both in Czech and English. However, it wasn't until 2020 that Kath decided to write even more about the topics she loved since childhood — video games, movies, TV, and comics. Since then, Kath has created and written list articles, and guides for Game Rant, The Gamer, CBR, and Screen Rant.

Even though Kath loves to try many video games, she prefers the fantasy genre and/or open-world games, anything that allows her more freedom. Lately, she's been focused on playing The Sims 4, replaying The Witcher 3 all over again, and returning to older games. To this day, she still hasn't decided if Ciri should become an empress or a witcher.

When not playing video games or writing about them, Kath focuses on acting and screenwriting. She's been acting professionally since 2017 and appeared in dozens of movies, TV series, web series, and other forms of media. She also regularly does voice work. Kath wrote several screenplays for both feature films and short films, with her special favorite being the superhero genre.

The Sims 4: How to Scoot Over in Bed
The Sims 4 allows the Sims to scoot over in bed by performing the sleep interaction two times in a row and by timing it correctly.

The Sims 4: How to Fill Out Reports
One of the work tasks that a Sim can come across in their career is filling out reports. Here's how it's done.

The Sims 4: All Cheats and What They Do
The Sims 4 allows using many different cheats. We've compiled a list of every cheat, all in one handy location.

The Sims 4: How to Change Your Work Outfit
The Sims 4 allows changing the Sims' work outfits by using cheats or special mods that open the CAS and let you pick the outfit you want.

The Sims 4: How to Get More Talent Points
Occult Sims in The Sims 4 can get talent points. But for spellcasters, vampires, and werewolves, there are different ways to do it.

The Sims 4: Every Possible Way to Kill a Sim
The Sims 4 includes many ways to kill a Sim, depending on which The Sims 4 expansion pack you're playing at the time.

The Sims 4: How to Use Poses
Poses in The Sims 4 can be used to boost a Sim's photographing career in the game. Additionally, they make for better screenshots.

The Sims 4: How to Play in First Person
The Sims 4 offers a lot of gameplay options, and one of these options is playing in the first person. Here's everything you need to know.

The Sims 4: How to Rotate Objects
One of the clever features that The Sims 4 allows is rotating objects, making gameplay and home design incredibly easy.

The Sims 4: How to Use Sliders
One of the lesser-known options in The Sims 4 is using sliders in the CAS when designing a new Sim.

The Sims 4: How To Write Songs
Creatively gifted Sims can work as songwriters in The Sims 4. Not only is it fun, but you can also earn some money on the side.

The Sims 4: How to Age Up a Toddler
A unique life phase in The Sims 4 is toddlers. Taking care of them difficult, which is why you may want to age them up as soon as possible.

The Sims 4: How To Become An Alien
The Sims 4 offers the chance to experience what it's like to be an alien living among humans. Here's how you can make it happen.

The Sims 4: 13 Challenges You Should Try
A lot of The Sims 4 fans have come up with new and exciting challenges. Here are 13 that you should consider trying.