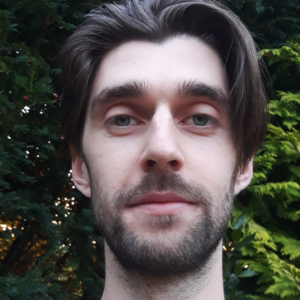 Andrew was hired as a freelance writer for VG Kami after demonstrating a somewhat pathological level of knowledge and interest in Final Fantasy VIII. He is also passionate about games that aren't Final Fantasy VIII and enjoys playing old favorites like Dark Souls, Transistor, and Populous: The Beginning.

He is currently based near London but has moved around the UK at various junctures and has dabbled in many jobs over the years in order to make heads or tails of his 20s. This includes studying physics, charity work, and care work.

When he's not playing games or grappling with what direction his life is taking, he can often be found playing and making music with his keyboard and/or guitar. He enjoys recording and producing his own dreamy noisy songs for his tens of fans to enjoy.

Slay The Spire: The Du Vu Doll
The Du Vu Doll is an unlockable rare relic that gives the player one strength for each curse that is in their deck.

How to Appear Offline on Steam
You'll sometimes want to use Steam undisturbed while still being able to send and receive messages. In this case, you'll want to appear offline.

How to Add Spoiler Tags on Discord
Sometimes, you need to hide sensitive items you send on Discord so that others can avoid seeing them by default. Spoiler tags are what you need.

Final Fantasy IX: Every Character’s Age, Birthday, and Height
Final Fantasy IX has some of the most beloved characters in the entire franchise. Here's some basic information about them.

Final Fantasy VIII: Stats
Every Character and Enemy will have certain "Stats" that pertain to certain properties that affect their performance in combat.

Final Fantasy VIII Wiki Guide
The eighth installment of the Final Fantasy series, FFVIII was originally released on the PS1 in 1999.