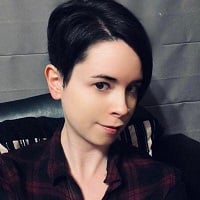 Stephanie Minor has worked in games journalism since October 2020, which is when she’d decided that three years of working as an editor in unrelated, soul-sucking fields was quite enough. Despite the distaste for her previous positions, Stephanie has gained invaluable writing and editing experience by working as an editorial coordinator, a developmental editor, and a content marketing specialist before stepping into games journalism.

A career path in games journalism was a life-changing discovery for Stephanie. Since she was a child, she’s been obsessed with video games. While Pokemon, Banjo-Kazooie, and Diddy Kong Racing were some of the first games she fell in love with, her top three games today include Fire Emblem: Three Houses, The Legend of Dragoon, and The Elder Scrolls: Skyrim.

Considering Stephanie didn’t have many friends who were into gaming through most of her life, she now treasures the opportunity to write about games, as it’s akin to sharing her passion with an entire community. Stephanie has published news, features, reviews, and interviews—her favorite piece being the interview with Skyrim Grandma, Shirley Curry.

Stephanie is particularly interested in mental health and gaming, and she’s written numerous pieces exploring the impact games have on anxiety and depression. The panel she participated in for EGX Rezzed, in which she discussed gaming burnout with Doctor Chun Chiang Sin Fai Lam and Sachin Shah from Gaming the Mind, is still one of her most treasured experiences since entering the industry.

Spiritfarer: Every Seed and Where to Get Them
Seeds are a vital part of Spiritfarer. You'll need to farm produce and other materials to progress through the game.

Spiritfarer: How to Catch Tuna
You'll need to catch Tuna to complete certain food requests in Spiritfarer. Luckily, there's a trick to it.

Spiritfarer: How to Get Figurines
You can finish a quest and unlock a new Outfit for Stella by collecting all four Figurines and bringing them to Susan's Museum.

Spiritfarer: How to Get the Rock Crusher
You can use the Crusher in Spiritfarer to get Powders and Oils that will let you upgrade your stuff or make tasty meals for Spirits.

Spiritfarer: How to Play Guitar
Playing the guitar in Spiritfarer will help plants grow faster. This means you'll get quicker access to food and other materials.

Interview: Cult of the Lamb Director on Upcoming Features and More
Cult of the Lamb artist and director discusses upcoming features for the game, patches, religious influences, and more.

Details Announced for New Kena: Bridge of Spirits Update
Kena: Brige of Spirits is recieving an Anniversary Update that will include New Game+, Charmstones, Spirit Guide Trials, Outfits, and more.

Cult of the Lamb: Map Banner Meanings
To get through dungeons in Cult of the Lamb, you'll need to know not only what the map icons mean, but also the banner symbols beneath them.

Cult of the Lamb: How to Give Gifts
Your strength in Cult of the Lamb is reliant on how dedicated your Followers are. Gifts will raise their loyalty level.

The Sims 4 Adds New Attribute for Sims—Socially Awkward
The Sims 4 adds a new attribute that allows you to give you Sims social anxiety. There are benefits to having a socially awkward Sim.

Pokémon GO: Niantic Shares Details on Upcoming Bug Out! Event
It's time for another Pokémon GO event. This time, the event will feature numerous Bug-type Pokémon, some making their first debut.

Indie Games Coming to PS4 and PS5 This August
New indie games will be dropping on PlayStation through the month of August. These will include at least one PS5 exclusive.

Xbox Game Pass: Games and Updates Announced for August
New games will be coming to Xbox Game Pass in the month of August. Additionally, we will also see DLC and updates.

Fallout 76 Gets Bug Fixes and Improvements for Combat, Challenges, Items, and More
Fallout 76 has received a new update that is now available. It includes bug fixes and improvements to numerous aspects of the game.

PlayStation VR2 to Include Option to Broadcast Yourself While Playing and More
PlayStation has provided a new sneak peek into their upcoming PlayStation VR2, and it includes the option to broadcast yourself.
Login