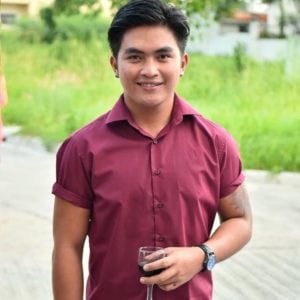 Rhett became a professional content writer in 2019. He wrote articles for various websites spanning different industries including tourism, lifestyle, manufacturing, and e-commerce. It wasn't until mid-2020 that Rhett decided to enter an industry he has known since childhood — video games. Since then, Rhett has created and written list articles, guides, features, and reviews for Game Rant, TheGamer, Game Insider, and Sirus Gaming.

While Rhett plays just about any video game he can get his hands on, he mainly seeks out open-world games, RPGs, story-driven games, indie titles, and action-adventure games. Among his favorites are God of War, Bloodborne, Hades, Hollow Knight, Dark Souls, The Last of Us, and The Witcher 3.

When not playing video games or writing about them, Rhett creates and plays music. He is the vocalist, guitarist, and songwriter for a rock band called Pitch and Plunge. They currently have one EP released on Spotify and other music platforms.

Elden Ring: How Did Thops Die?
Thops is one of the many NPCs you meet in Elden Ring. He meets his demise at the end of his questline, though his death is a topic of debate.

Elden Ring: How to Get to the Queen’s Bedchamber
The Queen's Bedchamber is a place in Elden Ring you'll find in Leyndell. The area is strategically placed, making it an central location.

The 25 Hardest Platinum Trophies to Get on PS4
Getting platinum trophies is something completionists deal with. On the PS4, these 25 games will make even the most skilled gamers shudder.

Sekiro: Where to Find Every Mask Fragment
A Mask Fragment is a piece that makes up the Dancing Dragon Mask in Sekiro. Here's where you can find all three of them.

Sekiro: How to Cure Dragonrot
Dragonrot is a mechanic in Sekiro that hinders progression if you don't cure them. Thankfully, this process is very straightforward.

Elden Ring: 15 Best Armor Sets, Ranked
There are a ton of armor sets for you to choose from in Elden Ring. Knowing the right armor set to utilize makes your builds more effective.

Elden Ring: 15 Best Weapons, Ranked
The best weapons in Elden Ring are the ones that fulfill what you need in a game. Thankfully, the game has an abundance of those.

Elden Ring: How to Use Incantations
Incantations are one of the two types of magic in Elden Ring. These faith-centered spells are elemental in nature. Here's how to use them.

Sekiro: How to Get the Mortal Blade (and Use it)
The Mortal Blade from Sekiro is an important weapon you'll need to obtain for Lord Kuro to finish the game. It can also be useful in combat.

The 15 Best Hollow Knight Memes
Hollow Knight is a game that's beloved by many and when fame arises, so do memes. Here are some of the best memes you'll find online.

Sekiro: How to Get Snap Seeds
Sekiro is filled with enemies that perform illusions, and you can dispel said illusions with the use of Snap Seeds.

Elden Ring: 15 Hardest Bosses, Ranked
There are more than a hundred bosses in Elden Ring, and these 15 are the hardest that will challenge and frustrate you.

Elden Ring: Where to Find Map Fragments
There are map fragments you can pick up for each region in Elden Ring. Thankfully, they're all relatively simple to find.

Elden Ring: How to Gesture
The Gesture mechanic in Elden Ring is similar to Emotes in other games. Here's everything you need to know about it.

Elden Ring: How to Level Up
You'll need to level up in Elden Ring if you want to beat its tough enemies, from bosses to regular mobs. Here's how to do that.

Elden Ring: How to Summon Your Horse
The world of Elden Ring is vast, which makes having a horse to ride around on highly useful. You'll need the Spectral Steed Whistle for this.

Elden Ring: How to Summon Spirits
The ability to summon spirits in Elden Ring makes the game easier than it is. Take advantage of this mechanic to overcome the difficulty.

How to Play Multiplayer on Subnautica
Subnautica was released without a multiplayer feature built-in. Fans who wanted this feature took matters into their own hands.

How to Get Inside the Aurora in Subnautica
In Subnautica, the Aurora is the massive, crash-landed ship you spot easily as you exit Lifepod 5. Here's how to get inside it.

How to Hatch Eggs in Subnautica
Hatch the eggs you collect in Subnautica, otherwise, these items will remain almost useless in your inventory. Here's how to do that.

Subnautica: How to Charge Batteries
One of the main gameplay loops in Subnautica is building. You won't be able to do that if you don't know how to charge batteries.

Subnautica: How to NoClip
In video games, NoClipping is a "mode" that allows you to move around the map unobstructed. Here's a way for you to do that in Subnautica.
Login